Rebirth of a Blog


I know, it's been a long time. Like, a really really long time, mid March of 2015 to be exact. Back when I thought I could start doing video book reviews and possibly engaging people through YouTube. Some people succeed at this, I however did not. 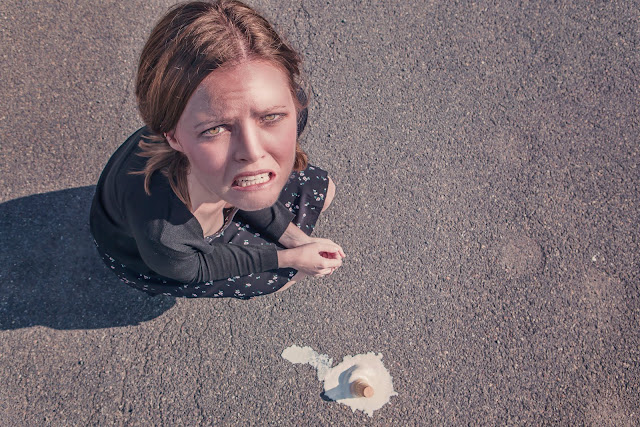 Like all epic failures they make you reevaluate what you're doing and why. Why do any of it? It being videos, blogging, and writing. The truth is I don't know why.

So why? Why fumble through renewing this domain for another year to just let it sit idle, like some ancient ruin once thought useful but now forgotten? I don't know.

The one thing I do know is that this blog was a nice place to connect with other writing friends I'd made online. That is something I can say it actually did. After a few years of falling off the internet map and forsaking Facebook, a writing friend found me on Goodreads and we struck things up again. It was really nice to hear from him and it had me wanting to reach out to a few writers I hadn't heard from in awhile too.

So maybe that's the reason I have this blog and that's enough.

And maybe I write simply because I like to and that's enough.

And maybe I'll just never make another YouTube video because I just sucked at those. LMFAO!

Maybe I'm revisiting this blog thing far too late. I mean, does anyone still read blogs? Jenni tells me she still reads a few and the Google machine won't give me a straight answer on that so maybe I'll just have to go with the uncomfortable I don't know.

So I gave the blog a face lift to familiarize myself with it again. I like it, and that's enough for me.

Jean Davis said…
I'm so glad you're back! I still think about your book now and then. Hey, *I* enjoyed it. That counts for something, right? :)

My blog goes through periods of once a month posts rather than weekly, but hey, we're not perfect. We're writers. And sometimes we're off writing stuff that isn't blog posts. Like most of the time, actually. I don't always have energy to be social online. I hardly post on Facebook and I check that several times a day. But I try, and that's all we can do.

I did run across a list of free book promo sites in one of the indie author discussion groups yesterday on Goodreads. I'll send you the list the next time I'm over there.

Botanist said…
Aww, Stella, that is so sweet! I admit I struggle a bit with blogging too, and ask myself some of the same questions. Blogging as a whole has certainly quietened down since the heyday a few years ago, and I find I don't have as much to say as I used to (which many people would say is probably a good thing) but I still find it a good way to stay connected with a few friends. And that's enough :)
April 8, 2018 at 7:33 PM

Stella Telleria said…
Hey Jean! Thank you for stopping by my blog! It's nice to see some familiar faces. You're too kind. Your opinion counts for a lot, Jean, so thank you for it.

Stella Telleria said…
Botanist! Hey, hey, hey! Thanks for stopping by! And thank you for finding me on Goodreads. I find I always have something to say but find that I'm all over the map topic wise and doubt that anyone wants to hear about it. LOL! Like what about that tide pod challenge?! LOL! Have mercy!
April 8, 2018 at 8:20 PM

Jenni said…
The struggle is real. I went through all of these thoughts in the end with my blog. What I found is that I let it get too much like work and didn't enjoy it any longer. It's gotta stay as a past time and not become just another commitment.

I do miss the reading community a lot. Just posting an update on Goodreads and having comments come in from people who have read the book you're reading and want to talk it to death. Maybe I will just search that out on your blog from now on.... :D