Until we Meet Again

Quillhill said…
Stella, the photo of you looking at your father brought forth my tears. My father died six years ago, without warning while he was on vacation 1500 miles away. I share many of the same feelings you describe. I wrote a short piece if you would care to read http://beggarsofazure.blogspot.com/2008/04/it-takes-village-to-raise-idiot.html. It's true, nothing is ever the same. And things that remain the same are sickening. I send you a hug.
August 3, 2009 at 1:34 PM

Stella Telleria said…
I read your story, thanks for passing it on. Nothing is ever the same, yet some things never change. The other day I was searching for a tool at my parents house, and was iritated to not find it. It then dawned on me, where I was looking would have been where my Dad had left it years ago. We had thrown out the tool over a year ago. *sigh*

Thomas Trofimuk said…
Dear Stella,
This is a stunning piece of writing – courageous, bold and true. I am sorry for your loss, Stella. You made a very human connection with me, with this writing...and that's what writers are supposed to do.

Stella Telleria said…
Thank you for your kind words. I know this piece is littered with run on sentences, and grammatical errors. It's so hard to edit it, I get emotional every time I read it. Thank you for ignoring the numerous flaws and seeing the story though them.

It was nice meeting you as well. The Artery was lots of fun.

Thomas said…
Stella;
Stop obsessing about syntax. To hell with syntax. I know you know the rules. And I know you can recognize good writing when you see it. And I know you recognize flawless writing when you run across it. Flawless is not the goal. This is good BECAUSE it’s imperfect. BECAUSE of its flaws. Perfect writing is also dead writing. Shit, I’m lecturing!!! You didn’t ask for my advice. I’m sorry. But I like your writing. Anyway, it’s not my advice. I got this from a discussion with Barry Callaghan at a WordFest panel in Calgary in 2009. The imperfections are profoundly interesting and they are what give life to our writing. Our scars, our injuries, our minor imperfections are what I find interesting.
Keep you pen moving, Stella.
Thomas
December 6, 2009 at 11:10 PM

DevequeAndrais said…
Stella, I'm sorry for your loss. I am thankful everyday, that I have my parents, and my wife's parents. It is not something I take for granted. This story reminds me why I appreciate the gifts that I have.

As for grammar and such, I think that is why there are editors. that's their jobs. The story is the important thing. Like making crafts and flying kites, they don't have to be perfect, it's that they were done, with someone you love and appreciate.
July 1, 2010 at 2:16 PM

Anonymous said…
Stella I love your story. I will never forget the day your dad passed away. I was reading your story and all I did was just cry.I know that your dad is looking down and is very proud of his little girl.. Don't worry about your little mistakes in writting because nobody is perfect.. Take care and keep up the great writting. Helen.
July 9, 2010 at 1:34 AM 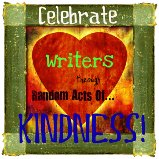