Sarah and I started the morning with some nice breakfast. 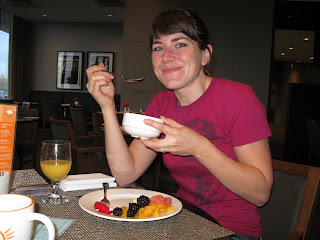 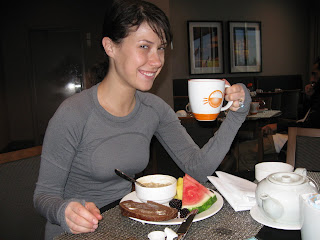 I like to start the morning with a hot mug of 'essence of life'. That's right you guessed it, chamomile tea. Ha hahahahaha! I'm sure that's what you were thinking. *wink, wink, nudge, nudge* We killed some time watching some TV, got ready and armed with a map of Toronto, took to the streets and used public transportation. 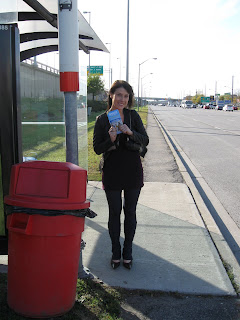 After a long bus ride we caught a train downtown (took almost two hours >_<) and walked around a bit before we had dinner at an East side Mario's. We then got completely lost trying to find the C Lounge. We walked in every logical direction until we stopped, asked for help, and were finally pointed in the right direction.

"Yeah, it's a little confusing. Downtown's kinda messed up." He said. Sarah and I hobbled down the street in our high heels cursing civil engineers everywhere.

We finally got the the C Lounge. Yay!! 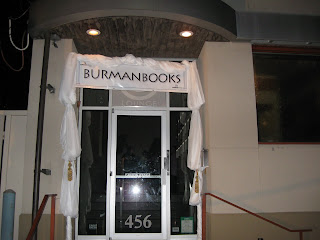 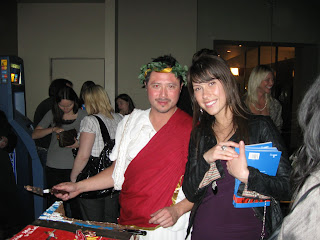 It was a Greek themed party and all the staff were dressed in togas. I got a chance to thank the publisher, and say a few words. 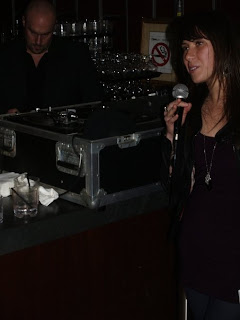 Met a lot of interesting people including actors, movie directors, writers, project managers, and others. It was fun. The entertainment for the night was a performance by the Samba Squad. I LOVE samba! We had a blast. 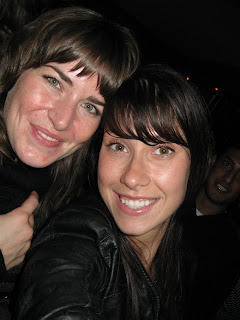 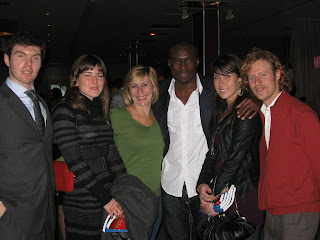 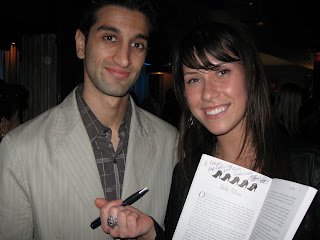 The night drew to a close and the club emptied. Sarah and I caught a cab back to the hotel. We stayed up talking about the evening and the opportunities that presented themselves. Sarah is also a writer. We watched movies until 3am, ordered room service for some late night a la mode chocolate fudge cake and split it as we chatted and laughed.

It was one good night!!