There are no right or wrong answers; everyone's writing process is different. The way I write, is just that, mine. I'm sure this post will elicit a few headshakes from fellow writers who are more organized and structured with their plot development than I am. *Shrugs shoulders* I never claimed to be a good writer. I hate order, which is probably why I struggle with grammar so much. I will argue about all things bookish, or not, but I do know one thing beyond a shadow of any doubt. The shower curtain DEFINITLY goes on the inside of the tub.

It all starts with a scene in my mind about a couple of interesting characters (usually the MCs). If I like the characters I start thinking about them more, the story builds and gets bigger. More characters get added. I basically plan out the whole story in my mind before I ever write anything down. But it's not a plan. I don't plan. Things change, and I like it like that. The story plays in my head like a movie, if I don't like something I change it. Then I jot down a few important plot points for order. The Male Amendment is going to be a three to four book series, I think. The first book was maybe ten bullet points, and right now I have about thirty. Each point was about five words to a sentence long. I hate too much structure, it's just the way my brain works. 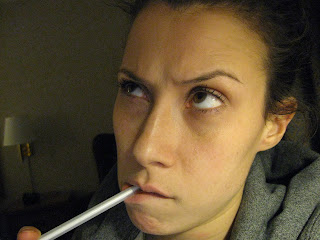 Then I sit down and write out everything from beginning to end, in order, like I saw it in my head, filling in blank spots with scenes I feel are needed. When I write it's totally organic, things change as the characters morph into different people as I write. The characters are all real people in my mind, who talk, and I just write out what they say, or I change what one person does and see how it changes what happens to everyone else. As I write things change, but that works even better. There are times I have to fight through dry patches where I don’t know how to bridge two scenes smoothly. What works for me is having a writing goal everyday, like four or ten pages a day. Sometimes I beat it, sometimes I don't, but I always make up for what I miss on other days. And the revisions! Revisions, revisions, revisions! I'd say revisions take about 80% of the novel writing time, for me. Everyone is different though.

I'm finding that my story is too long right now, I gotta cut stuff out which is hard. I need to cut 15-25% of the words I have now. It sounds like a lot, and it is, but it should be achievable. I am sooooooo repetitive, as you can tell by this post…yes…you guessed it…I like change!


While I’ve been working on The Male Amendment I’ve had other ideas for novel pop into my head. I jot down the stories so that I don’t lose the ideas because for right now I need to see this novel thorough to completion. I am notorious for starting projects and never finishing them. It’s that damn creative part of my brain that goes A.D.D. every five seconds…oh, look, a kitty!


I'm sure people would say that my writing approach is weird, but it works for me. Now you have insight into my madness.
Hopefully this made sense to all you sane people out there. Let me know.

CJ Dawson said…
HAhah, sounds A LOT like my writing. Although when I am "story building" I pace a room like a batty mad scientist talking to myself arguing and ah ha-ing... ha! I'm quite the loon myself when it comes to writing. Usually the only thing that stays the same from idea to finished product is the characters
March 4, 2010 at 6:25 AM