Last night I read Hourglass, book number three in the Evernight series written by Claudia Gray. The first two novels, Evernight, and Sartgazer were good. You cared for the characters, the plot wasn't predictable and Ms. Gray did a wonderful job bringing life to a tired genre, vampires.

But as series go along I tend to be quite critical of sequels because most of the time it seems that the story should have ended much sooner and the author was forced to stretch out the plot to make more money. *Bleck!!* I hate it when that happens. Just end the bloody story already!

This, however, was not what I experienced last night while reading Hourglass. 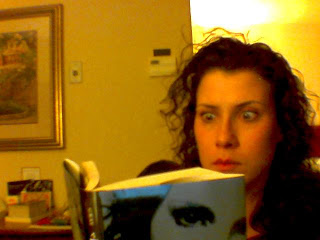 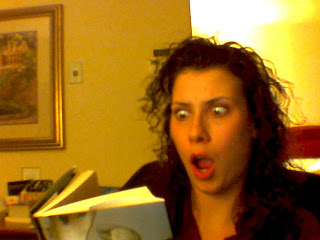 This third book was even better than the first two novels. I could not put the book down until I finished it in one sitting, six hours later. It was freaking awesome! For those of you looking for a good read, I highly recommend this series. The forth and last book in this series is called Afterlife and is due out in March of 2011. The suspense may just kill me. Hourglass had such a cliffhanger I had to go online to see if the first chapter of Afterlife had been posted as a teaser yet. *pouts* It wasn't. I don't want to say much about Hourglass so that I don't ruin the first two books for those of you who might check it out. Here is the DL on the first book, Evernight.


When the story begins in Evernight, Bianca has just left the small town where she's spent her whole life. She's a new student at Evernight Academy, a creepily Gothic boarding school where her classmates are somehow too perfect: smart, sleek and almost predatory. Bianca knows she doesn't fit in.
Then she meets Lucas, another loner, who seems fiercely determined not to be the "Evernight type." There's a connection between Bianca and Lucas that can't be denied. She would risk anything to be with him—but dark secrets are fated to tear them apart... and to make Bianca question everything she's ever believed to be true.
This description by the publisher does the book little justice, but I understand why. Wouldn't want to give away the twist too soon. Muah hahahahahaha!
Oh, how I love a good distracting read.
Email Post
Labels: Afterlife Claudia Gray Evernight Hourglass Stargazer

Stella Telleria said…
I need a clone so I have more time to write and clean my house. When you find a reputable clone dealer, let me know. lol! I still havent found out who keeps stealing time though.
March 11, 2010 at 6:56 PM