I have had my hopes of finding a good Canadian mid-grade fiction author dashed before. I'm very tough on Canadian writers, tougher than I should be. Kelley Armstrong killed my hope with her final book of her dark powers trilogy, The Reckoning. Click here to see review. I'd lost all hope in Canadian authors yet again until I came across a book in an airport book shop. 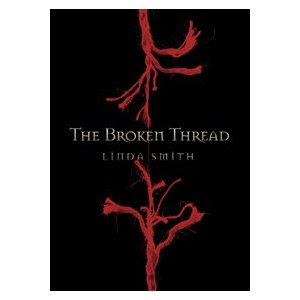 Destroying a deadly prince, in a violent court far from her home, was not what Alina expected when she was chosen to serve on the Isle of the Weavers.

Fifteen-year-old Alina comes from a long line of women who have gone to serve on the Isle of the Weavers, and she has always dreamed of doing the same. Her older sister is going to inherit the farm. She hasn't found any boy in the village that she's attracted to, like her other sister. And she loves her 10-year-old brother, but he's getting to be a pain to look after all the time. Still, a girl must be chosen to be a weaver, and Alina's already older than others were when they were called.

Then the weavers come. Her dreams come true, and she's taken to the Isle of Weaving, where the destiny of the world is born. Alina enters a long period of mental/spiritual training to prepare her to be a weaver. But she struggles with her trademark impatience.To the amusement of her trainers, she's anxious to begin weaving after only a few months training.

Then Alina is asked to take spools of thread to the weaving room, and she gets her first glimpse of the awesome tapestry, with its multitude of threads, and colours, and shifting patterns. Left alone for a minute, she discovers a red thread - red like her own hair - which is short and broken, and she impulsively takes a strand of her hair and ties the red thread to a tawny thread nearby. Immediately, thousands of other threads in the tapestry break.What has she done? The tapestry reflects what goes on in the world, as well as affecting events. By reconnecting a thread that was meant to be broken, she has caused the end of thousands of other threads/lives. She must undo what she has done and the story begins.

Get lost in a magical time where adventure and danger abound and the strength of our heroine, Alina, is put to the test.

I was so happy to read a story that didn't involve: vampires, werewolves, shape-shifters, angels, or demons.

The author, Linda Smith, passed away suddenly in her home in 2007. She died before this, her last book, could be published. The Broken Thread has gone on to win many awards. Click here to go to her site.

I read this book in one sitting and was glad I didn't have to fetch my foam missile gun. Thank you, Linda, for making me believe in Canadian authors again.