A big poo-poo on most Canadian art forms

While I know that the title of this blog post alone will discredit my opinion on the matter, I must still make it heard. If I pick up a book at my local bookstore and I read on the jacket that it takes place in Canada, or that the author is Canadian, I drop and run from that book so fast someone might as well have yelled "Stella! Your ex is behind you!"

Now I know being a fledgling Canadian writer myself makes me a huge hypocrite. Here I want people to one day read and enjoy my work when I don't give fellow Canadian writers the same chance to win me as a reader. There is a reason behind this train of thought, and recently I've discovered others with a similar school of thought.

Throughout my school years it was Canadian songs I sung in music class, it was Canadian poems I deciphered, and it was Canadian books and stories I read. It was primarily Canadian music we heard on the radio, and Canadian programming I watched on TV. I at some point decided without realizing that I was tired of Canadian.

It wasn't that I couldn't appreciate Canadian art. It wasn't that at all. I was tired of having everything Canadian pushed down my throat and feeling like I had to support it because it was Canadian. I don't want to support it all because a lot of it is crap. So much of it is garbage that's so safe and PC I feel the need to cuss just to make things seem more real.

I don't want to read another story about hard times on the east coast, or about arctic life. I don't want to watch a TV show about a gas station in Saskatchewan that tried to be a comedy. When in reality the audience would have to be held at gun point to find 'Corner Gas' funny at all. I don't want to watch shows that stereotype regions into the categories everyone thinks they are, because that is what Canadian programming is to me.

Take the TV show 'Heartland'. This show represents Alberta to our nation and what is it about? It's about a horse ranch and a woman who has inherited her mother's talents as a 'horse whisperer'. I don't think I've seen one promotional shot of this show where there wasn't a cowboy hat worn by everyone in it. AHHHHHHHHHH!!!!!! I can hear them in Toronto now. "See, I told you. Alberta's just a buch of hicks!" 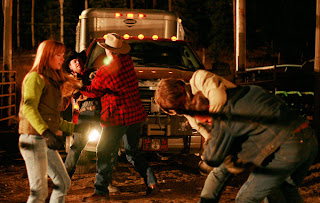 In this picture we have almost all the Alberta steriotypes. At least two cowboy hats, a truck, a horse trailer, flanel, and an Alberta suit (Jean jacket and jeans worn together). All we need now is some beer and to wait for this fight to break out into a hockey game. This type of $%!# drives me crazy! 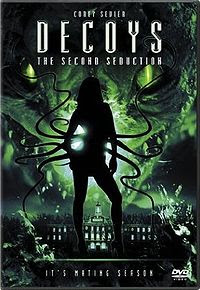 There has been a long list of terrible Canadian movies, and the most painful part is that most all Canadian TV and movies gets funding from the government. How could anyone with two brain cells to rub together, not be able tell that a movie like 'Decoys' was going to be terrible? Who is spending money on these types of movies? Who? They actually made a sequel. ERGGGGGG! Surprise! Surprise! It went straight to video.


There have been some good movies, they haven't all been bad. Most recent good movies I've seen have been 'Partition' and 'Passchendaele'. 'Partition' was fantastic. 'Passchendaele' was good but melodramatic. Paul Gross carrying that kid across the battle field on that cross at the end made me want to cover my eyes and pretend the scene hadn't ruined to whole movie for me. *sigh* It was a great movie up to that point. 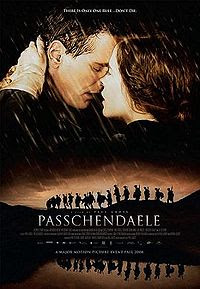 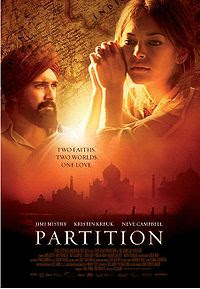 I haven't said much about Canadian literature because I've avoided it like the swine flu since school. Unknowingly however, I've recently read a series that I was unaware was written by a Canadian author. I was pleasantly surprised when I found out. The author was Kelley Armstrong and the books were 'The Summoning' and 'The Awakening'. I shall review them in my next post.